Meet the Makers isn’t just about focusing on designers who are already out there crafting and making. There are plenty of people who look to the interviews on sites like these as a bit of a boost: inspiration to push them closer towards working for themselves. The question is, are you one of these people? Fantastic ideas, buckets of talent but no idea about the practical side of running your own business? It’s ok, you can admit it! You could also come and meet Neil Leonard from Design Your Career at one of the events he’s running this year offering practical business advice to creative businesses. Boom. Neil speaks below about his dedication to helping small creative businesses grow and will almost certainly persuade you to attend the next event in a few weeks time. Or perhaps his cat will…

Can you introduce yourself, tell me a bit about your background and how Design Your Career started?

I’m Neil Leonard and I run Design Your Career with Sarah, my wife. For about 12 years I’ve worked in Education at the Arts University in Bournemouth. During that time one of my responsibilities was looking after employability – I ran a series of lectures, workshops and evening talks where we tried to pitch employability as a more practical thing than just talking about CV’s. I was also running pop-up shops in this time and found a lot of really creative people were struggling with the same things as the students. They were so taken with what they were making they really hadn’t considered how to publicise, market or produce it nor how they were going to finance the project. So Sarah and I decided to take some of the aspects from the employability work that I did and apply it to this conference, Design Your Career.

Who is the target person that you have in mind to come along to one of your events?

Our target’s quite broad. Generally, it’s aimed at slightly older people who are perhaps on a second career or are trying to make something more of their craft and design knowledge. When we were running pop-up shops we found attendees tended to be women who were about 35 plus, had children and were trying to turn their hobby into a business. I used to run a co-working space and we’d get lots of recent graduates turning up there. They could go to loads of places to get funding like start-up loans etc, but of course when you’re about 25 – 30 that help wanes. We found that all of the conferences which do similar stuff to us are targeted at the younger age group simply because they can get funding to support what they’re doing. We had a bit of a weird moment when we were doing these pop-up shops, talking about how we could possibly offer that support, when we realised that the lady that lives across the road from us is exactly our type of audience. She works from home from the living room, is just slightly over 40, has two young boys, a husband…and it just seemed to be that we would always go back and think about our neighbour ‘cos she just seemed to sum up perfectly the audience we are trying to achieve. Because she’d had a career, left, had kids, and then wanted to build her own thing rather than go back into a job. We do get a few graduates and people still in education, but it tends to be that two-thirds will be from that particular group.

So what’s on the agenda at your April 26th workshop?

Well, what we’ve done is tried to stagger the workshops this year because at the previous events we’ve tried to do a lot all in one day. This first one is all about starting your creative business and growing it. From there we’re going to look at marketing, promotion and everything else at the next event. But at this one specifically we are talking about running a small business. Through the day we’ve got various experts like Seek and Adore talking to you about products, Mark Masters from The ID Group talking about marketing promotion and we’ve got notonthehighstreet coming back to offer some one to one product advice. This is also the first event which I’m going to be speaking at! I’ve done lots of talks as Design Your Career but I’ve never spoken at one of our own events. I’m going to be talking about a lot of the things I wish I’d known starting out in a creative business, things I’ve learnt along the way that had someone told me first thing life would have been a lot easier. And that’s everything from business models to finance.

I follow your Twitter and Facebook and am curious about how important you think social media is to promoting events? Is it just one part of the pie or more than that?

I would say yes – it is one part of the pie. With our first event in Bournemouth we tried multiple routes: features in magazines and newspapers, competitions and we did a lot of work with social media. For the London event we did recently we pretty much exclusively used Twitter and filled the venue. Just by linking to good content, linking to other people talking about us, re-tweeting when people have nice things to say, and it really sold it. I think the Bath event again will be different. The social media’s been a bit harder to crack this time so we’re looking more at features in local magazines and papers and that’s been really positive for us as well.

There’s a big difference in city size between London and Bath – have you noticed this impacting on the audience you attract at all?

I’m not sure. We actually had a really funny thing happen in Bournemouth. When we looked at the attendance list we had more people travelling from London than from Bournemouth. So then we thought, ‘well, this next event is in London so we’re going to fill it with Londoners’ but when we looked at attendance I’d say two thirds of people came in from elsewhere, even as far as Scotland and the Isle of Wight.

I think in London people are more open to going out and getting involved in stuff because I think that is the social life for a lot of people. There’s a lot more networking and going to small groups and meetings, though I’m not sure what happens throughout the rest of the UK so much. I think people perceive London as being easy to get to but Bournemouth and Bath are actually only an hour or so from there. We tend to get a fairly dedicated audience wherever we go.

Well it’s definitely a worthwhile event travelling to I think.

Starting Meet the Makers has been the first time I’ve had to start thinking about social media seriously and I have to say it’s much more difficult than I expected. Even figuring out who to target and how to do it. Is it just me?!

It’s tough isn’t it? One of the reasons we did this initially was because years ago Sarah and I started selling prints and we found because we have a graphic design background we had a website up and running really quickly. It was all branded and looked really smart and we were quite successful doing that for a fairly long time. Then we realised that actually that was just part of the puzzle. You’re right – this entire marketing thing was something else and identifying the core audience – that’s something we’re still struggling with. I think every creative person will because you need to move from one audience to the next to keep growing.

Asides from the events you’ve got happening this year, what other things are you hoping to do with Design Your Career in 2014 and beyond?

With the events we ran previously we just about made it financially…so the real big thing for us is trying to make Design Your Career self-sustaining. We’re currently registering the company as a CIC (Community Interest Company) and we’re getting on board some trustees. Part of the reason for that is we don’t want to keep applying for funding but in the current state we’re looking to pull in some funds to give us that boost. Thankfully the UK TI has been really good working with us to find some funding sources.

I think moving forward where we’d like to go is video content and memberships. We’ve looked at ways of moving into slightly more remote communities and places further afield. But this is difficult with the logistics of getting all the speakers there, etc. So what we’re trying to do is work out a way of getting speakers to maybe do a piece to camera which we can then go and broadcast within a community, or it could be an interactive Skype thing.

I find myself more often searching YouTube and other sites for tutorials I can watch so I definitely think having really high quality video content is becoming increasingly important. ‘Mastered’ looks great for learning specific crafting techniques, though way too expensive for me!

Yes, between them and Skillshare they offer some great tutorials for learning a skill, but we’ve not found a company out there so far which will offer business or promotional marketing advice. So I think it’s taking that idea of the video and turning it into something else which people can look at almost like a course.

It’s a really good idea. Finally what would you say to anyone who has seen what Design Your Career’s about and just needs a little bit of a prod to book those tickets?

The real key thing for us is the feedback we’ve had from previous audiences. If you have a browse around on our website and look at blog posts from our previous events there are some really lovely comments. You come along for the day and learn something and then go away afterwards and have a different idea about your business. We absolutely know that’s true because the amount of people that have contacted us and said, ‘I didn’t know about this resource before but now I’ve signed up and it’s fantastic’. So it’s a good skill-sharing activity. I think one of the great things as well that we roughly anticipated is just the networking aspect. So the opportunity to talk to notonthehighstreet for 10-20 minutes, talk to other designer-makers, meet with these experts. For example, the artist Donna Enticknap met with South West Artworks at our event and is now one of their featured artists. It’s these things that just come up from being in the room with the right people. It’s always a nice day surrounded by like minded people who are all looking to raise their business game and really achieve something.

We are always on the lookout for people to speak at our events and we’re currently looking for people to contribute to our Kickstarter book also. If people want to add a little bit of text about how they’ve made their career happen or if they’ve got a specific tip or piece of advice they’d like to share we’re looking to pack as much into a small book as possible! Any other suggestions people have, just Tweet – we always respond!

Thanks so much Neil. Design Your Career has so many exciting plans for the future! And because I’m just very nosy, can you show me a picture of your current working space please?!

Love this! Check out Design Your Career to get your tickets… 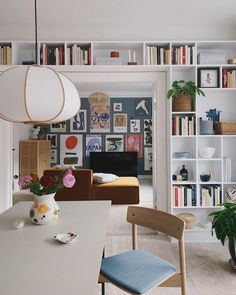 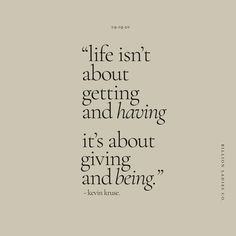 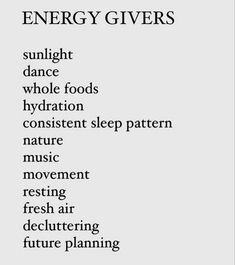 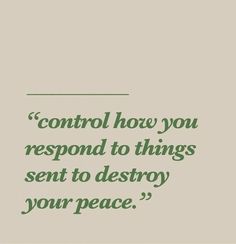